Rep. Marron speaks against changes to the Circuit Court without input from the Stakeholders 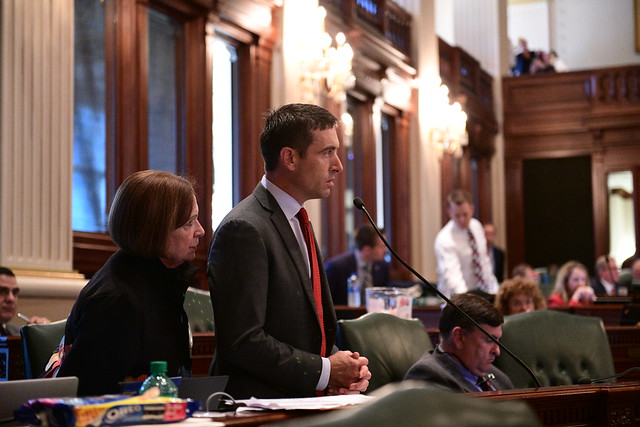 The Sixth Judicial Circuit is currently made up of the counties of Champaign, Douglas, Moultrie, Macon, Dewitt and Piatt. There are 14 circuit judges and 11 associate judges. Champaign has three resident judges and shares in the five at large judges with the other counties.

“Illinois continues its deep dive into one-party rule, and this is another calculated move to allow Democrat politicians the ability to redraw judicial districts for their political advantage across the State,” said Rep. Marron. “This move was brought to ensure that Democrats can take over and create their own new judicial district in Champaign County creating a massive expense to the local county government to accommodate two administrative and operational expenses,” said Rep. Marron.

“This proposed Democratic legislation started out as a shell bill 24 hours prior to the bill passing the House, which left legislators a short few hours to read the bill for the first time,” said Rep. Marron. “I have strived to be open and transparent in my work in Springfield with a wide array of bipartisan efforts accomplished on some great initiatives. The Illinois Supreme Court, Champaign County, and the Sixth Judicial Circuit, and other legislators representing Champaign County were completely blindsided by the legislation that would significantly affect a large part of my district. The legislation attempts to shrug off the separation of powers between the legislative and judicial branches and is overall bad public policy,” said Rep. Marron.