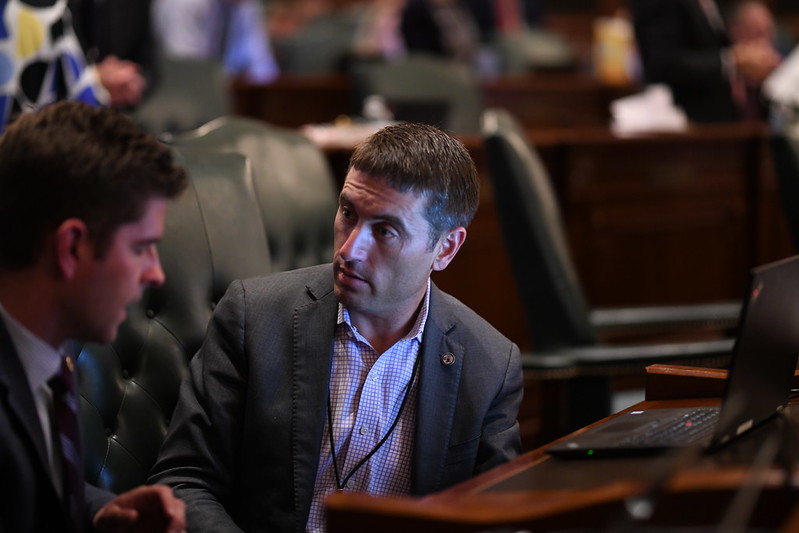 We’ve now been in session for two weeks and Springfield seems to be at a standstill.  These past two weeks have been light with Governor Pritzker’s State of the State address being the largest spectacle. The Federal investigation into Illinois corruption seems to have the Democratic leadership rattled.  If people are nervous, there is a reason why and that is an unfortunate circumstance of where our State currently finds itself. I am hoping this investigation will bear fruit, because ethics reform has been long overdue in this Illinois.

As I mentioned earlier this week, ethics reform is my number one focus for the upcoming session.  Until the air clears, I hope the powers that be will quit wasting our time.  It is symptomatic of an institution that has callous regard for fiscal responsibility.  Not utilizing all of our scheduled session days productively has been a long tradition for Speaker Madigan. He likes to keep the backbenchers down here every week with little to no work receiving their per diems, while he works on the big-ticket items behind closed doors until the last week forcing members to vote on massive budgets and spending without knowing the complete picture until weeks after session has commenced. This is a ridiculous way to conduct business and it is the sad reason the State finds itself in our current bleak fiscal condition.

As I also mentioned this week, my focus this session will be on ethics and three additional items, fair maps, property tax relief, and the elimination of the FOID card.  True ethics reform will only be achieved if we enact a system where the legislative districts are drawn impartially.  In a democracy, voters get to pick their representatives.  In Illinois, the politicians pick their voters and their districts every ten years.  This is an abuse of the voting public and it needs to stop.

When I have the opportunity to discuss issues with my community members, the number one complaint is the sky-high property taxes. This is the main reason why multiple people have told me that they are leaving Illinois because of the unsustainable, burdensome property tax system.  Illinois property taxes are punishingly high and persist long after Illinois homeowners have paid off their mortgages. We continue to be burdened by absurdly high tax bills, leaving the impression that they have never really attained that crucial piece of the American Dream of outright ownership of your home.  Outmigration is fueled by this tax system and it must be reformed.

My staff spends a majority of their time these days answering calls and helping constituents with their FOID card renewal. They find themselves with long delays and receive no response from the State when they inquire about the status of their renewal.  The State Police are currently overwhelmed in processing these renewals and original applications.  The team is severely understaffed, and we found the major cause to this issue. The democrats have been routinely sweeping the funds that service the FOID card program out and using them to fill the massive holes in their severe budget shortfalls.

It is high time for Illinois to do away with the FOID system that is an infringement on the 2nd amendment rights of our law-abiding citizens.  The only people punished by the delay in the system, which was caused by fiscal mismanagement, are the people determined to stay in compliance with the law.  I would like to ask my friends across the aisle that are proponents of enhancing the FOID system, what is the value of creating this massive system and then making sure that it fails by not properly funding it?  It is time for the FOID card to go and drop this double dipping bureaucratic wing of government.

I am sure my frustration shows in this update.  It gives me no pleasure to call to attention these problems, because I would much rather be talking about the positive.   I do feel like it is important to give you an honest assessment of where I think the State stands.  I have often said that the most important thing I can do, as your State Representative, is to tell the truth about what happens at our State Capitol.  Maybe one day if we get enough information out and people become frustrated enough, we will be able to hold the people who caused our State to fall into its current condition accountable for what they have done.  Then we can bring about real change.  Until then, I promise to keep fighting the good fight and I will keep you in the loop.  Have a great weekend!