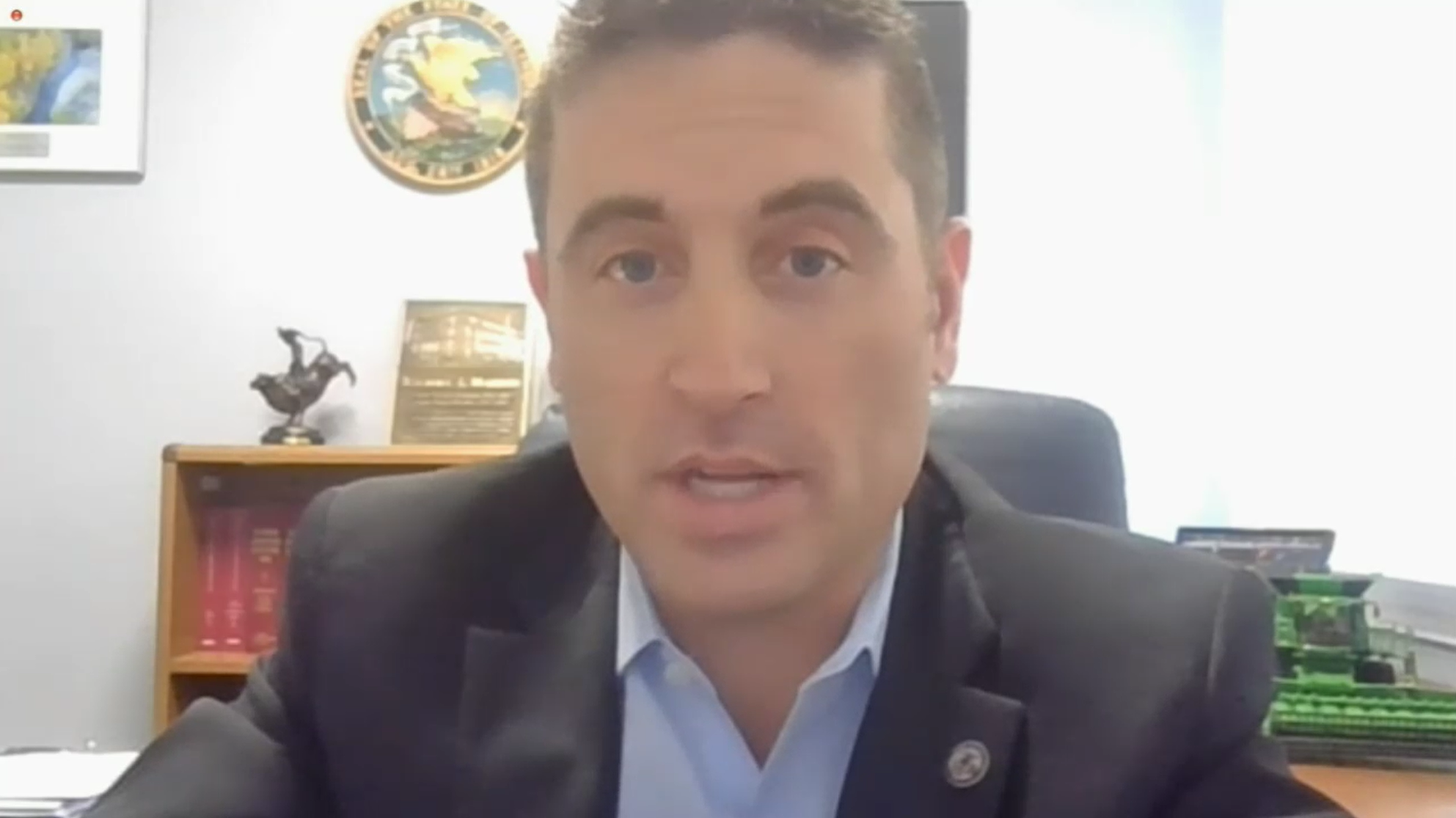 Rep. David Welter noted conflicting language related to the elimination of cash bail and the inconsistent standards of how a threat is determined in releasing a violent offender.

“House Bill 3653 enhances protections for individuals charged with violent crimes at the expense of the victims of those crimes,” said Rep. Welter. “A family who is mourning the loss of a loved one as the result of a violent crime should not be victimized further by watching the court system be compelled to allow the perpetrator of that crime to avoid detention due to the elimination of cash bail. I urge the Governor to veto this bill so the General Assembly can come back to the table and craft criminal justice reform that meets the concerns of victims and survivors.”

Cassandra Tanner-Miller lost her young son because her abusive ex-husband, Christopher Miller, was released without a cash bond. Ms. Tanner-Miller barely survived the assault and has been an advocate for survivors and reforming Illinois law ever since. She expressed deep concerns that the provisions in HB 3653 that loosen regulations on the standard for threat and willful flight for detention will make it more difficult to hold violent offenders.

“HB 3653 will be a complete dismantling of victims’ safety and rights,” said Ms. Tanner-Miller. “Illinois legislator’s needs to work together with all entities, to build upon our criminal justice system, to ensure criminals who knowingly are breaking laws have accountability for their choices. Eliminating cash bail will be detrimental to victims and more Christopher Miller’s will be walking out of the courthouse free, putting victims and their families in direct danger. I know this personally because my son’s murderer had been released on a ‘no cash bail’ just weeks before our tragedy took place. We cannot go backward in our criminal justice system. We need to work proactively towards a safer Illinois.”

Rep. Mike Marron expressed concern about the confusing patchwork of definitions within HB 3653 and how it will make it more difficult for State’s Attorney’s to protect victims and their families.

“We are a nation of laws. Because of that, we have freedom and safety. I believe that legal consequences are necessary for people that commit serious crimes. The end of cash bail and confusion surrounding pre-trial detention are issues I know are particularly concerning to law enforcement officials,” said Rep. Marron. “I hope Governor Pritzker is listening to the public officials like State’s Attorney Lacy that will have to deal with the real-world impacts of such sweeping changes. He must veto HB 3653 to protect victims of violent crime.”

Vermilion County State’s Attorney Jacqueline Lacy keyed in on several concerning aspects of HB 3653 during her remarks and highlighted the danger posed to public safety.

“The proposals set forth in House Bill 3653 pose a serious threat to public safety, specifically, to victims and witnesses of violent crimes in our community,” said State’s Attorney Lacy.

Although Rep. Chris Bos was sworn-in to represent the 51st District after the passage of HB 3653 and was unable to vote on the legislation, he felt compelled to speak out as an advocate for victims. Bos works with an organization called Reclaim13, a non-profit that works to free children from sexual exploitation by focusing on prevention programs for adolescents and adults, and healing programs for children and young adult victims of human trafficking. The Majority of the children helped by the organization come from underserved communities that HB 3653 is intended to help.

“Everyone agrees that reform within our criminal justice system to address systemic problems is needed,” said Rep. Bos. “However, when I consider that under House Bill 3653 a victim, like a child who has been sexually abused, could be compelled to face their attacker at a hearing within hours of an assault – I’m frankly at a loss. The trauma that would cause a victim is unthinkable. For this reason, and for Ms. Tanner-Miller’s story and others like it, House Bill 3653 should be vetoed to allow for a more thorough public debate and vetting process that includes all affected.”